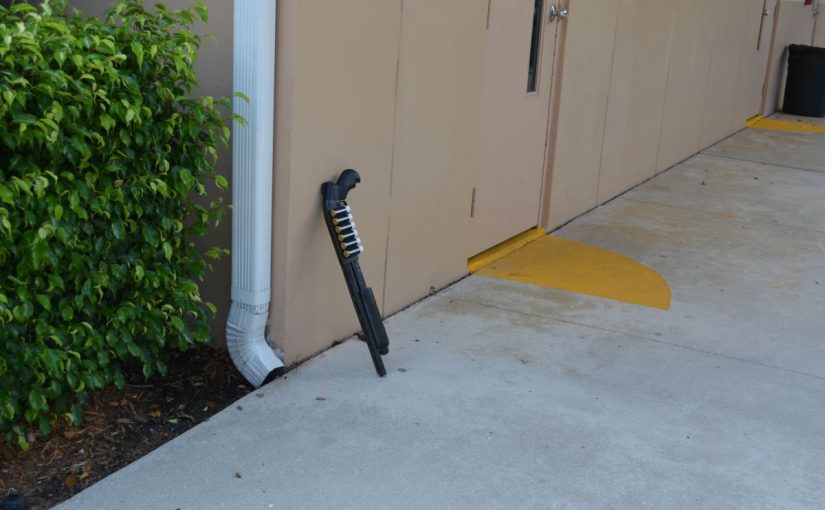 On Thursday, October 1, 2015, a lone wolf active shooter rocked the peaceful community of Roseburg, Oregon; and killed 9, while injuring seven in the Oregon Community College Shooting.

In agreeance with the local sheriff, I will not name the cowardly killer at any point in this blog in order to avoid glorifying him in any way. This blog is going to zero in on the incident, the focus points, and how to learn from this tragedy in order to avoid mass casualty incidents in the future. Please note that there is no judgement or “Monday morning quarterbacking” when I discuss the focus points of this massacre. The purpose of this after-action analysis is to understand the incident, hone in on the primary points and understand how planning can protect innocent lives from a future attacks. My heart and prayers go out to the families and victims of this senseless act of violence.

Just before the Oregon Community College Shooting began, a 26-year-old student of Umpqua Community College entered the campus wearing a flak jacket. Under that jacket was a heavily armed and dangerous person. This student, who attended English and theater classes, did not seek education on this day, but made the decision to target and kill innocent people at random and also people of the Christian faith. The killer first entered an English class and immediately began opening fire, killing the professor at point blank range. He then systematically questioned students on their religious affirmation. The shooter asked frightened students if they were Christian to stand up. When they acknowledged their faith, the killer instantly shot them. Neighboring classes heard the shooting and one student described the incident:

“I heard a popping noise, almost like a balloon popping,” she told CNN’s Wolf Blitzer. “I knew something wasn’t right and so I got down.” All of the students in her classroom dropped to the ground. They huddled together behind backpacks, chairs and underneath tables. “We locked the doors, turned off the lights, and we were all pretty much were in panic mode,” the student said. “We called 911 and called our parents, our loved ones … didn’t know what was going to happen, if those were our last words or not.”

My sole purpose for dissecting every line in the After-Action Report (AAR), is to find ways to prevent and/or mitigate mass casualty incidents like this one from happening in the future. This case is unique because timelines and witness testimony have already been leaked to the mainstream media. I am still very hesitant what I take from the mainstream media and I attempt to do my due-diligence to research as much information as possible to make sure the information is credible.

Before moving forward, I’d like to reiterate that as I go through the incident and identify points to be learned. I am in no way questioning or judging anyone’s actions or decisions made under these most stressful situations. I also recognize that there are many more focus points that can be analyzed once the official AAR is published.

The killer allegedly studied English and Theatre. In this case the killer targeted an English class and then moved to the science building. It is my opinion that he felt comfortable with the English building because he attends class there and knows the layout of the facility.

In this incident, reports indicated when the first 911 call came in. From the first call, it took 8 minutes for responding law enforcement to arrive on scene, locate the killer and neutralize him. On average, active shooter incidents typically last 10-15 minutes with the clock starting once the killing or shooting begins. Ten to fifteen minutes of killing is certainly a long time for killings to occur.

During an active killer situation the plan and mindset of the assailant is to kill, period. They are not seeking ransom or attempting to create a hostage situation. In this case it is completely evident that this person’s plan is to hunt for victims and kill them. Please take note that the killings may still be at random, even when there appears to be a motive.

During an active shooter incident there will always be others that will hear the gunfire.  In this case, a neighboring class reacted by locking the door, turning the lights out, and calling 911.  However, there needs to be more. Sitting behind backpacks and desks will not defeat a killer armed with a gun. Having action plans during these types of incidents are critical for survival and winning an active shooter incident.

As far as I may aware, there was no full-time law enforcement officer or armed security on site on a daily basis. The closer a trained armed first responder is during an active shooter incident, the faster the incident is over. My recommendation is that every educational establishment should have a law enforcement officer present.

In order to prevent and/or mitigate mass casualties there has to be training. Unfortunately, attacks like the Oregon Community College Shooting could occur anywhere and at any time. Even though most people are aware active shooter incidents at schools are a threat we deal with every day, there is minimal to no progressive training for our schools. Moving forward, educational establishments can construct action plans and build layers of resistance to prohibit the killer from having unrestricted access to victims. Guardian Defense conducts training and drills that provide schools, businesses and law enforcement officers with a multitude of plans to prepare for an intruder, active shooter or killer, or other terror attack.

To gain instant access to Active Threat Training Information, visit our homepage, scroll down to the video and watch our Free Training: 5 Immediate Actions You MUST Know When Confronted By an Active Shooter!

Steven S. Smith, the President and Founder of Guardian Defense, offers active shooter training programs to staff within schools, colleges, churches, law enforcement agencies, businesses, and hospitals; in order to build confidence and save time in the event of an intruder, active shooter or killer, or other terror attack. Mr. Smith is a current certified law enforcement officer and has a range of experience on school and public safety, and investigation work. He is currently a team leader and instructor on the SWAT Team, for which he joined in 2009. Mr. Smith graduated with a Bachelor of Science in Psychology, with a concentration in Criminal Justice, in 2005 from Nova Southeastern University.
Share it on:
Prev
Next 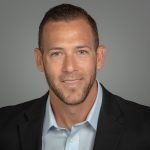 Steven S. Smith, the President and Founder of Guardian Defense, offers active shooter training programs to staff within schools, colleges, churches, law enforcement agencies, businesses, and hospitals; in order to build confidence and save time in the event of an intruder, active shooter or killer, or other terror attack. Mr. Smith is a current certified law enforcement officer and has a range of experience on school and public safety, and investigation work. He is currently a team leader and instructor on the SWAT Team, for which he joined in 2009. Mr. Smith graduated with a Bachelor of Science in Psychology, with a concentration in Criminal Justice, in 2005 from Nova Southeastern University.