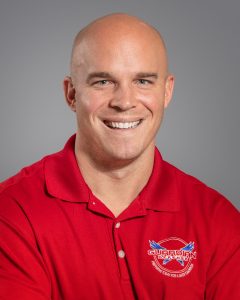 Jared Gross joined the Guardian Defense team in 2014 as an instructor for the Active Threat Response Program administered to schools. He specializes in teaching our Active Threat Response Programs for schools, businesses, and places of worship. Jared facilitates his classes with his participants in mind. He provides a sense of ease and understanding for those whom he is teaching, while ensuring that his participants gain critical information and skills.

Jared has served the south Florida community as a certified police officer since 2005.  During his career in law enforcement he has worked in a number of units including Patrol, Narcotics, Burglary/Robbery Suppression, and Surveillance.  Since 2008, Jared has been a member of the SWAT team.  During his time on the team he has served his community under various roles such as that of an operator, sniper, and other specialized unit within the team.

In January 2017, Jared and four of his peers (two of which are GD president, Steven S. Smith and GD instructor: Chris Troiano) were awarded “Officer of the Year” recognition for their involvement in a hostage-rescue mission.

Jared is a Federal Law Enforcement Training Center certified instructor in Tactical Combat Casualty Control and has completed the Florida General Instructor Techniques Program. Following this certification and training, he became an adjunct instructor through which he teaches officers emergency first aid to save lives from traumatic blood loss. In 2020, Jared was promoted as a Sergeant in his department.

In addition to teaching Active Threat Response protocols as a member of the Guardian Defense team, Jared also spends time as a certified instructor for the Broward County School Board Active Killer Program. This program was initiated by Guardian Defense founder in 2014 and has continued to be implemented each year since it was enacted.

Jared is passionate about teaching others how to protect themselves from school and workplace violence and has a personal connection to the work as the son of a teacher and the husband to a social worker who has worked in a school setting for the last 10 years. His combination of real-life experience along with his communication skills demonstrate why he is such a valuable member of the team.

What Our Clients Say About Jared!

“Thank you SO much for everything, Wednesday was such a success, we had incredible feedback and it definitely has people thinking about safety, being prepared, and so much new knowledge gained. Jared is absolutely incredible! He really knocked it out of the park, what a hoot he is! His passion oozes into his training and he is such a wonderful person with the biggest heart.  He did a fantastic job!!!!  I had SO many people email me, and others on the team thanking them and talking about how wonderful he was.”

“Jared did a phenomenal job taking a serious and stressful topic and making it interesting and informative. He did a nice job holding our attention.”

“Jared was very helpful and informative. He helped us to understand not only how to form a plan and prepare, but also what the shooter is looking for and thinking.”

“I just wanted to pass along that training was a huge success today. Jared did an outstanding job—great delivery. Everyone I spoke with gained some knowledge and praised the value of the training. Thanks again!”