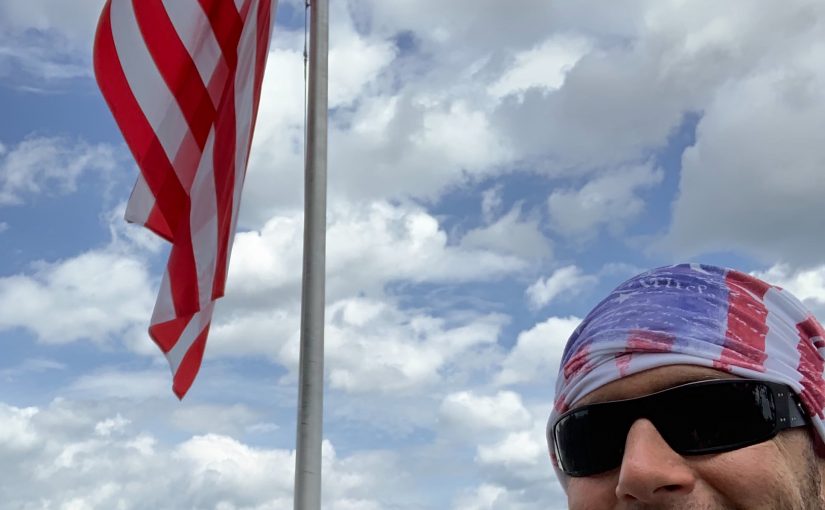 We hope your organization is following our POLICY-TRAIN-DRILL Initiative. If you are, you will note that as part of training, we strongly advocate instruction in the use of civilian trauma kit items.

Why are Civilian Trauma Kits and Training Imperative?

Civilian trauma kit items and training are imperative not only in the instance of an active shooter or an active threat; but also, in the case of an injury.

Recently, Guardian Defense’s President, Steven S. Smith, used an item from a civilian trauma kit to save a victim of a car accident. This proves just how important this is to our daily life.

On Friday, March 6, 2020, Steve drove northbound on I-95 when he saw a box truck flipped over on the southbound side of the highway. The truck had flipped to the driver’s side, which was now facing down to the group of bystanders.

Naturally, Steve did not think twice before heading over to the victim. When he got closer, he noticed a civilian standing on top of the passenger’s side door. The civilian was trying to get it open and smoke was coming out of the truck. Immediately, Steve grabbed a Halligan bar from his vehicle and ran towards the truck. He used the Halligan bar to open the windshield so the victims could get out.

There were two civilians on the truck. Luckily, the individual on the passenger seat was barely injured and did not seek urgent medical attention. The individual on the driver side was covered in blood on the left side. The left arm was limp, and everything from the bicep to his forearm seemed to be hanging by ligaments. 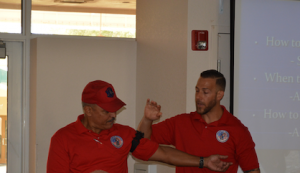 Steve ran back to get his Combat Application Tourniquet. When he returned, he applied the tourniquet, but the civilian was clearly in pain. Steve asked if anyone around knew how to communicate in Spanish to which a nurse replied she could.

The nurse then explained to the victim that the discomfort and pain was reasonable and he should not attempt to take it off. She was able to communicate everything Steve wanted to tell the victim. Afterwards, EMS arrived on the scene and took over by transporting the injured individual to the hospital. Steve explained to the first EMS team all the information he knew and why he decided to apply the tourniquet. As a result, Steve’s quick action and training led to minimized blood loss for the victim. 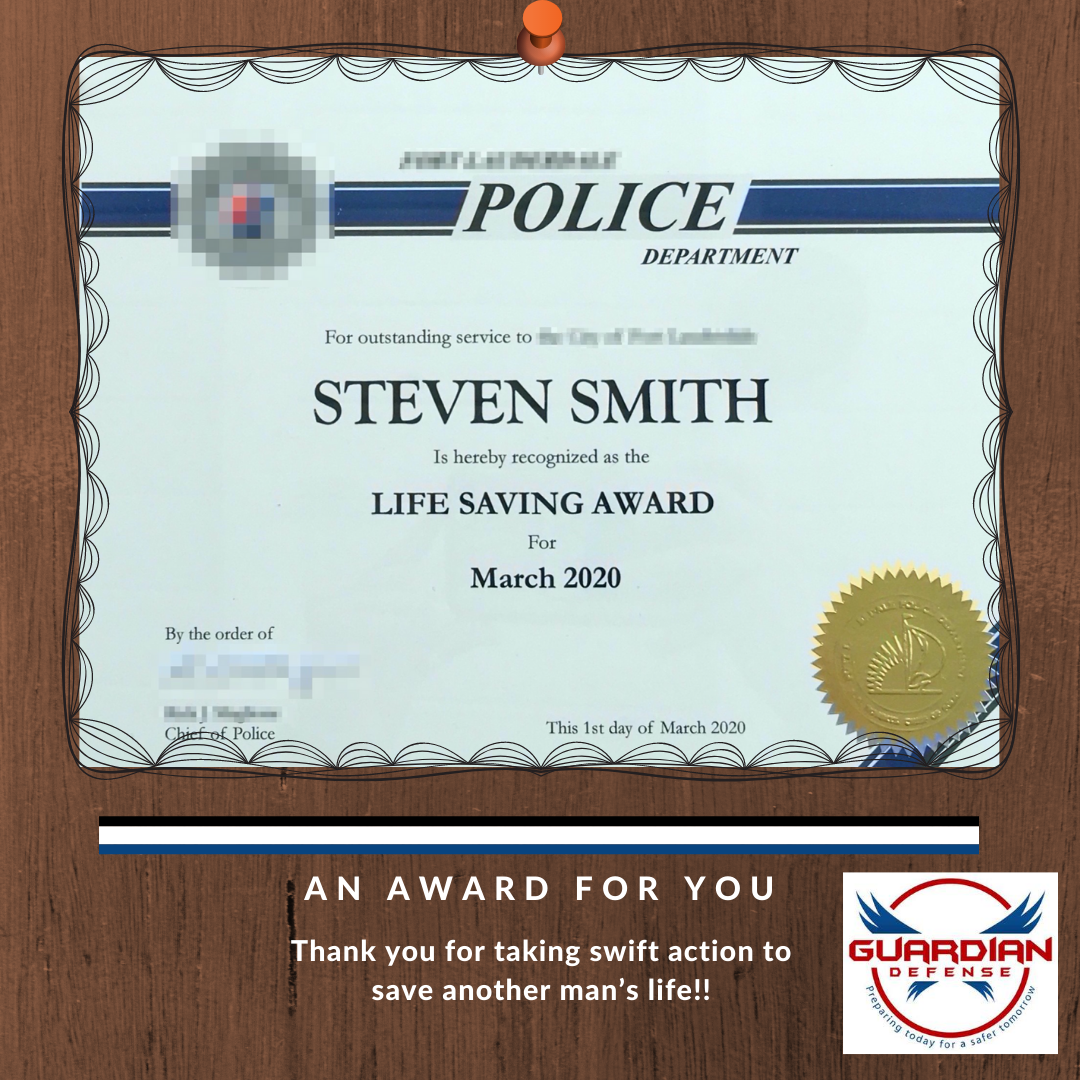 In 2014, former Guardian Defense instructor, Nick Rollins, utilized a tourniquet to save a woman’s life while working a police detail at a nightclub. The victim was accidentally cut by glass causing a severed artery. An emergency room doctor reported that had Nick not applied the tourniquet at that time, the victim would have died of blood loss.

To learn more about the importance of civilian trauma kits please read about our training. It outlines the items included in a kit and a guide to how many should be purchased at each organization. 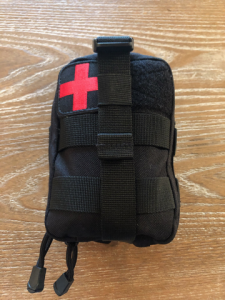 Carrying a civilian trauma kit personally on-hand will increase the chances of saving a life during any potentially life-threatening situation, including your own! Such situations can include an active shooter, active threat, or an accident.

Continue to strengthen your plan by investing in these tools and having the confidence to use them! 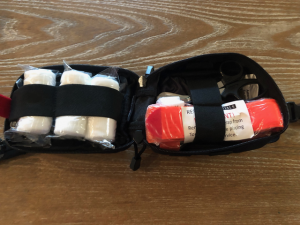 To learn more about our TACCC program and our active threat programs for schools, businesses, places of worship, law enforcement officers and more, call us at 561-419-8869 or schedule an appointment to speak with us.

Shasmy C. Daly is a Lynn University student majoring in Political Science and minoring in Psychology. She joined Guardian Defense in April 2020 because of her passion for helping people and learning new things. “Active shooters are a regretful part of our society. Unfortunately, at times, we have limited control of the “who’s” “when’s,” and “where’s,” but thanks to Guardian Defense we have the opportunity to better prepare for it. We have an opportunity to survive and help to save others as well.”
Share it on:
Prev
Next 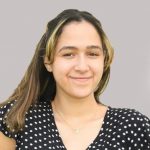 Shasmy C. Daly is a Lynn University student majoring in Political Science and minoring in Psychology. She joined Guardian Defense in April 2020 because of her passion for helping people and learning new things. “Active shooters are a regretful part of our society. Unfortunately, at times, we have limited control of the “who’s” “when’s,” and “where’s,” but thanks to Guardian Defense we have the opportunity to better prepare for it. We have an opportunity to survive and help to save others as well.”